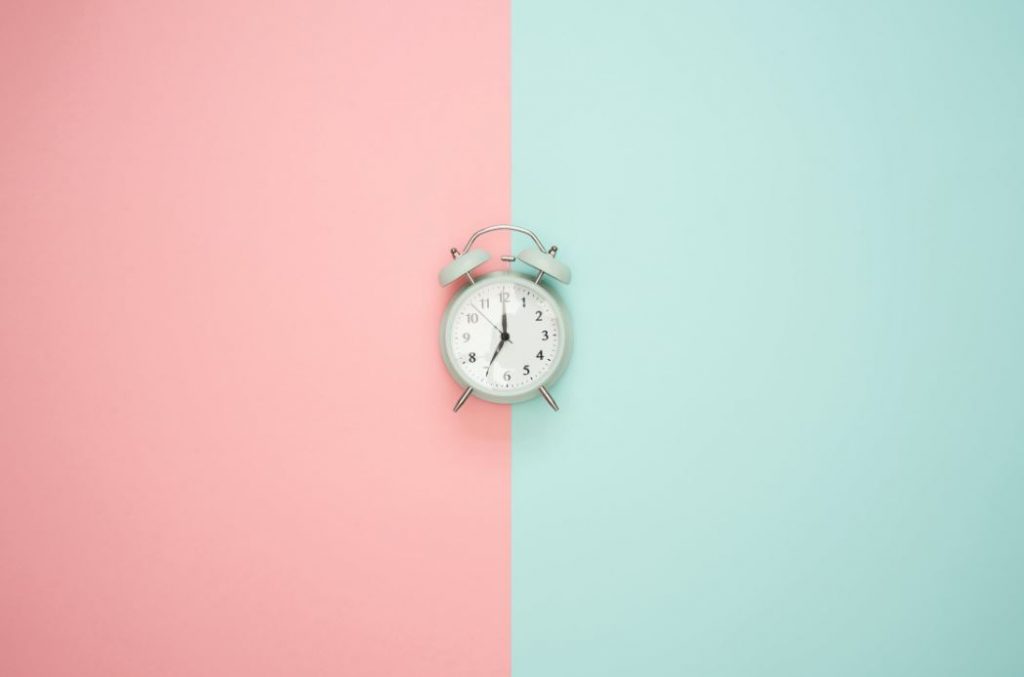 Become a Master of Time- 3 ways to boost productivity

There was this one day that my wife asked me what I had accomplished at work. When I rattled off my short list of meetings and tasks, she paused and seemed unsettled with my response.

“Have you set meaningful work goals for this year?” She asked me “How does each of these tasks help you achieve those goals?”

Before I could respond to her question she said, “Your biggest problem for not getting more done in a day isn’t lack of intention- rather it’s a lack of organization and focus.”

She’s an amazing woman and her correction for me is often needed.

She suggested I buy a large planner before going to work and begin to daily measuring my performance and goals. As I’ve followed her counsel for the last few months, my life has started to change forever.

In the Book of Mormon, the prophet Lehi taught, “[God] hath created all things, both the heavens and the earth, and all things that in them are, both things to act and things to be acted upon. …

“[And] the Lord God gave unto man that he should act for himself. …

Where I used to feel like a a servant to time, I now feel like more like a Master. While I’m not perfect at it, I do feel less like things are acting upon me and more like I’m choosing to act. Here a 3 things for you to consider that can increase your productivity and ability to act for yourself.

There was this man who was looking to change his life. So he went to a professional mentor for advice. The man wanted to become wealthy and successful. The mentor agreed to help him and asked to see his list of goals. The man said he didn’t have a list, at least not written down anywhere.

The mentor laughed and said “That’s where you got to start, in fact if you really don’t have a list on you, I can guess what’s in your bank account within a few hundred dollars.” And then he didi!

The man was shocked and asked “So if I had a list of goals and carried it around with me, my bank balance would change?” The mentor replied with a smile and said “Drastically”

“I am so thoroughly convinced that if we don’t set goals in our life and learn how to master the techniques of living to reach our goals, we can reach a ripe old age and look back on our life only to see that we reached but a small part of our full potential. When one learns to master the principles of setting a goal, he will then be able to make a great difference in the results he attains in this life.”

2. The Fortune is in the followup

The same princple of following up on our budget can apply to our plans. Recently I’ve decided to test this. Each day, I not only planned what I would be doing for each hour, but I also wrote down everything I did that day. I compared my list of goals and plans for the day with what actually happened.

It’s hard to remember everything at the end of the day, so I would record all my activities about every 2 hours on my phone. What I did and for how long. I wanted to account for everything and compare my actual performance with my list of plans and goals.

I was shocked with the results.

Well, at least to myself I am.

I always thought I was a hardworking, efficient, and productive guy. But it wasn’t until I wrote down everything I was actually doing, that I realized I wasn’t as productive as I thought. In fact- I believe I’ve been lying to myself about how I spend my time.

I spent 3 hours watching Youtube today? I had no idea I was spending that much time. If I hadn’t recorded it and you would have asked me- I would have said a I spent a max of 20 minutes and I would have believed my own lie.

Did it really take me a whole hour to send that email? That should have taken me 5 minutes!

I spent 45 minutes to help a child that was complaining about breakfast? How much more time would we all have if we cut out all complaining?

It wasn’t until I wrote down what I did throughout the day that my eyes began to open to my lack of productivity. I found even gaps in my timeline. What did I do between 10:30am-11:00am? I searched through emails and messages sent, but I couldn’t find it. I lost a whole 30 minutes of my life- completely unaccounted for.

Things I use to not have time for because I was too “busy,” I suddenly had time for. Turns out- I wasn’t as busy as I felt. I was just ineffective. But it took writing down what was actually happening in my life to realize my own weaknesses and time wasters.

I’ve continued this practice of writing down all my activities for over a week now. I’ve found a huge increase not just in productivity- but also in my ability to think clearly, feel more, and get increased revelation in my life.

3. Choose your Media carefully- You can be a Master or a Servant of it.

A friend once pulled out his phone and told me, “we can either be masters of these things or servants of them. Either my phone commands me. Or I command it. Each notification on my phone might be a trigger for my thoughts and actions, thus acting upon me. If I look at it and do what each notifications says I should, then I am its servant.

Whatever media we read, watch, listen to, or interact with has an effect on us. If you want to be more productive, become a master of the Media around you.

What you watch, listen to, and see will either give you more strength to act for yourself or will give you less control of yourself.

By the time the average American child graduates from elementary school, he or she will have seen more than 8,000 murders and more than 100,000 other assorted acts of violence, such as assaults, on TV.5 Those who see violent acts on Media have higher levels of aggressive thoughts, angry feelings, arousal, and aggression. They also have lower levels of helping and empathy.

If you want more control of your emotions, cut out the violent, pornographic, and negative media. Pay attention to how you feel when you are listening or watching something. Do not listen to anything that encourages immorality or glorifies violence- even if they are “the good guys” in the production. Do not listen or watch anything that uses vulgar or offensive language or promotes evil practices. Such music can dull your spiritual sensitivity and turn you into a servant rather than a master.

Why I avoid violent and negative media

As I was walking home with my companion in the mission field, we came across a group of spectators just one block before our house. We were in Brazil and it was a dark night. As we neared a group of people, a woman approached us and told us not get involved.

We were confused by this woman’s plea to “not get involved.” We pressed forward and came closer to this group of 15 or so spectators. We were horrified as we entered the scene.

A man was brutally punching a young woman in the face as another man held her.

The scene was shocking and we had walked right into the middle of it. We stood only a few feet away from the violent men. The assaulter turned and stood nose to nose with us, telling us to keep walking. The unresponsive crowd at the scene also told us to just keep walking and ignore it.

I regret this moment greatly. But we listened to them. As I sat on my bed at home, I couldn’t get that violent scene out of my mind. I was on a mission for the Lord- said to represent him. How could I witness such a terrible act and not do anything?

I expressed my feelings to my companion and found him struggling with the same ones. I made a few commitments to the Lord that night that have changed my life forever. One was that I would never again tolerate such violent acts to be performed before me again. I committed to stand up for truth, kindness, and Christ at all times, in all places, and in all circumstances.

If I didn’t want to see a man punching a someone on the street, then I certainty wouldn’t watch it as entertainment as I sat on my couch.

My companion and I made this new found resolve. Several times since that experience we’ve had moments to test that resolve. Just two days after, we came across the same situation in another part of the city. Again, those around us were uninvolved, standby only spectators. Again they told us to remain uninvolved as they were. Again, it was a man attacking a woman. Again it was dangerous.

But this time, we had a new commitment and faith in Christ. As we stood forth boldly, grabbing the arm of the man and freeing the woman, we had power in our words and in our presence. We were no longer servants in the situation being acted upon, we walked into the scene representing the Master- ready to act. We testified of truth and the man had no power of us, despite his larger stature.

Please don’t misunderstand. I’m not suggesting that you look for trouble or place yourself in dangerous situations. Don’t be foolish. But I am saying that the power and the ability to feel more, be more, and act more will come into your life as you limit what things you tolerate to watch, see, and hear.

There are Masters and Servants. You can become a Master of of time, technology, media, and yourself as you continuously choose to act rather than simply be acted upon. You can direct how your time will be spent as you set meaningful goals, plan effectively , and monitoring how your spend your time.

Everything you watch and hear has an impact on you. Choosing media that uplifts you closer to the Lord and His Spirit will increase your ability to choose for yourself and not be acted upon. You can bolster productivity in your life as your choose to watch and listen to messages that are congregant with your goals and priorities.

Get Insights and Smile 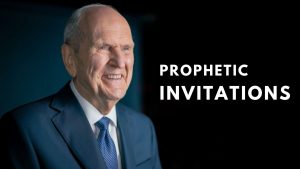 324! I’ve counted 324 invitations that Russell M. Nelson has given since being sustained as President of the Church of Jesus Christ of Latter-day Saints 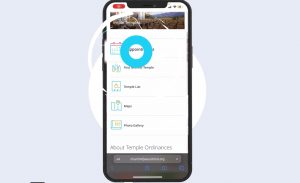 How to Schedule Temple Appointments

“I urge you to find a way to make an appointment regularly with the Lord—to be in His holy house—then keep that appointment with exactness and joy.” – Russell M. Nelson 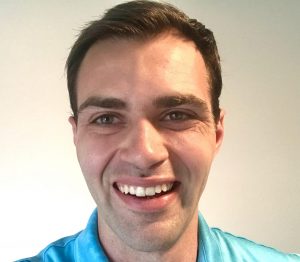 Get A Book of Mormon